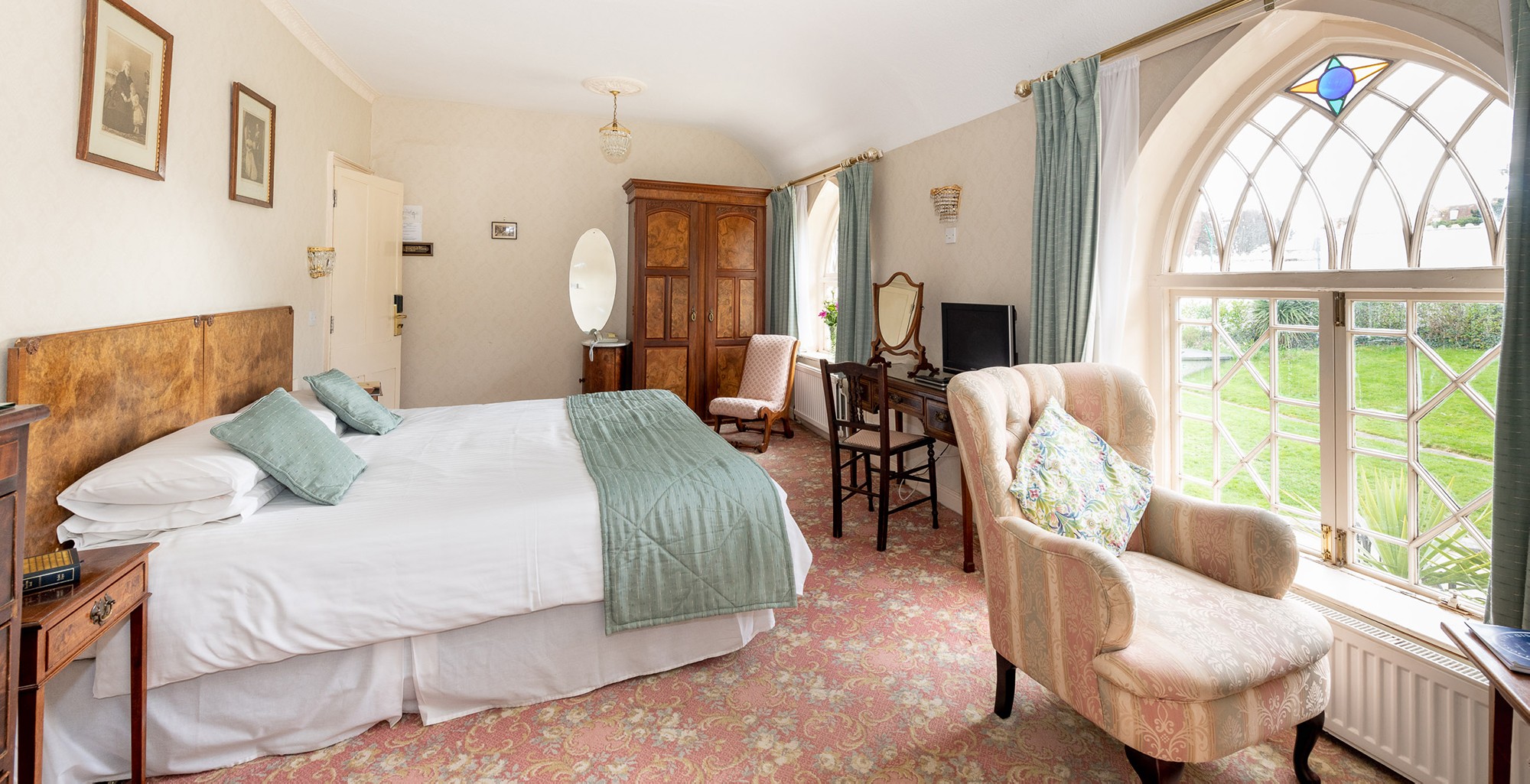 THE HISTORY OF THE ROYAL GLEN HOTEL

It was circa 1700 that the Royal Glen was built by a Mr King, of Bath. It was then a modest farmhouse with a dairy, outhouses, a hayloft and a well that still exists in the centre of the house. It was first known as King's Cottage, taking the name of the owner.

Many other names followed, Woolbrook Cottage, Woolbrook Glen, and finally as The Royal Glen.

It was quoted by a speaker to the local National Trust Group, on a talk about Sidmouth's old houses that the Glen might have been built with a royal Duke in mind, which of course it was not. However, the house was converted from the original into Regency splendour with delightful castellated pediments, tent-roofed verandah and Gothic casements complete with painted drip-moulds. The inside was as charming, with the elegant and graceful drawing room. It has a regal presence and today the Royal Coat of Arms is proudly shown with the commemorated plaque above the Gothicised porch.

Today the royal coat of arms is proudly shown at the front of the building: made of wood, it was at first thought that these arms would have been installed in the 1930s as pictures at this time show it in place. However, during a renovation in 1995, it was found to have an inscription on the back which reads J.R.Anderson, carver, 1879. It bears many features of the Royal Arms - the lion on the left facing the unicorn on the right, a smaller lion top centre seated on top of a sovereign helmet and the shield at the centre showing the three lions of England, the harp of Ireland and the lion of Scotland. The first motto is that of the Order of the Garter reading 'Honi Soit qui Mal y Pens' (which is old French meaning 'evil to him who evil thinks'), Dieu et Mon Droit belonging to the sovereign translates as 'God and my right', and lastly, the right-hand shield shows the Prince of Wales' feathers and his motto Ich Dien (I serve).

Above the Front Porch is the commemorative plaque erected to celebrate Queen Victoria's diamond jubilee. There are 2 photographs in the hotel of the local townspeople marking the occasion.